Chicago.com Book Review – July 2, 2010
“The Lost Summer of Louisa May Alcott” excels at showing the time period and literary milieu of 1850s New England. McNees has done impressive research, and painstakingly portrays the era’s daily toil, the demands on health, and even the styles. It’s fascinating (and sometimes maddening) to read about Bronson Alcott, Louisa’s father and a well-known educational reformer and Transcendentalist philosopher who did not financially support the family well. He does, however, introduce his daughters to some of the era’s best-known thinkers and art. One of the novel’s strongest scenes occurs when Ralph Waldo Emerson, Bronson’s friend, recommends Walt Whitman’s “Leaves of Grass”, which has just been published.”

Historical Novels Review – May 1, 2010
“… The love story of Louisa and Joseph does not end here. The rest of the book is so compelling and well written that I hated to see it end. Regarding Louisa, Julian Hawthorne may have been on to something when he said, ‘Did she ever have a love affair? We never knew. Yet how could a nature so imaginative, romantic and passionate escape it?’ I think I have to agree with him.”
— Susan Zabolotny

The Washington Post – April 28, 2010
“McNees gets the period details just right: the crinolines and carriages; the spare, aesthetic plainness of 19th-century New England. And although the love affair with Joseph is invented, she remains faithful to the broad outlines of Alcott’s biography. In fact, “The Lost Summer” is the kind of romantic tale to which Alcott herself was partial, one in which love is important but not a solution to life’s difficulties. Devotees of ‘Little Women’ will flock to this story with pleasure.”

Journal Star (Lincoln, NE) – April 26, 2010
“…I gladly followed Louisa down McNees’ path, enjoying it so much I couldn’t turn the pages fast enough. For those romantics among you, it’s a real keeper.”
— Barbara Rixstine

Library Journal – April 23, 2010
“…McNees deftly combines historic figures and documented aspects of Louisa’s life with speculations about what might have been. Fans of Little Women may be first in line to read the novel, but the book will also appeal to others who enjoy historical romance.”

The Minneapolis Star Tribune – April 18, 2010
“…It’s a charming novel, grounded in scholarship and fact but relying on imagination for the romance and fun. McNees discovered in reading biographies of Alcott that there was one summer about which very little was known — the summer of 1855, right before Louisa went off to Boston to become a writer. Here, McNees gives us that summer, creating a bittersweet love affair for Louisa and presenting her with the choice of marriage or career. We already know which she chose — there are all those lovely books — and so McNees’ challenge was to get us there in a believable and satisfying way. And so she did…” 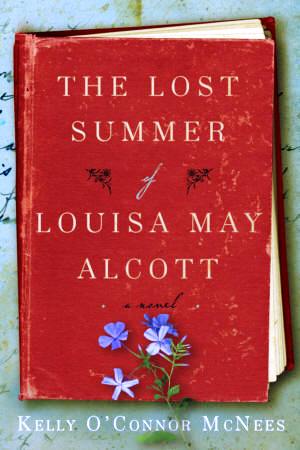