She holds a B.A. and an M.A. in English from Yale University and a Masters in Elementary Education from University of Alabama, Birmingham. She has studied creative writing with Pinckney Benedict, Dennis Covington, Ann Cummins and AJ Verdelle, and traditional spiritual practices with Malidoma Somé. She has taught at the San Francisco Art Institute and lives in rural New Mexico. 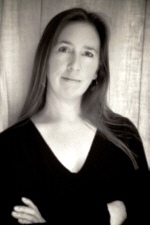