A native of Wisconsin, “America’s Dairyland,” Kathe Lison has a long-reaching history with cheese. Her maternal grandfather kept and milked a dozen Holsteins on a 60-acre farm north of Green Bay, and her great, great-grandfather owned a diary.

Beyond her Cheesehead lineage, Kathe holds an M.A. in literature and an M.F.A. in Creative Nonfiction from Goucher College. She is an award winning essayist whose work has appeared in numerous literary journals and recently won An Emerging Artist Grant from the Utah Arts Council. One of her essays has been cited as a “Notable Essay” in Best American Essays 2006.

A devoted traveler, in addition to the time she has spent in France, Kathe has lived in China, spent a month living with a family in Morocco, and traveled in Vietnam. 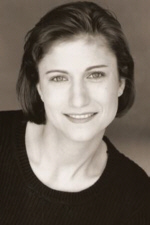