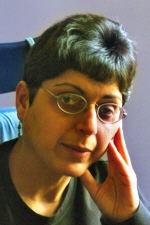 The first writing I ever did was the anonymous poems I wrote to my parents when I was angry at them and fuming over some perceived injustice. I must’ve been five or six years old then. I’d wait until the coast was clear and then dart into their bedroom and stick these anonymous poems on the door of the teakwood wardrobe my dad had built.To my amazement, and despite my best attempts at concealment,my parents always figured out the identity of the author. I thought they were geniuses.To my chagrin, the poems seemed to amuse them rather than convince them about the errors of their ways.

Looking back, it seems to me that my reasons for writing have not changed since those early days—now, like then, I write for two reasons: one, to express my deepest feelings about something, and two, to protest some outrage or injustice.

I worked as a daily reporter for seventeen years.And since I wasn’t writing literature, I tried to infuse my newspaper articles with as much literary flavor as I could get away with. I gravitated toward magazine-style stories— stories about human beings, not sources; stories with complexity,with shades of gray; stories that challenged the conventional wisdom.The same themes that I later explored in fiction—how power twists and corrupts human relationships, the gap between the haves and the have-nots, the transformative power of love—I tried to explore within the confines of daily journalism.

At times, I succeeded.My two favorite stories were both long-term projects that took topical issues and put a human face on them. The first story was about a single mother on welfare raising two children. I wanted to understand the nagging, demeaning aspect of poverty—how it takes all the spontaneity out of life, how it makes you agonize over the smallest decisions—and then explain this to my readers. For this, I needed to witness poverty, and the choices it forces people to make, up close. I moved in with the woman’s family for a week and told their story in journal form, day by day, as it unfolded.

The second story was about a young couple who had given birth to a perilously premature baby.Technology now makes such births possible, but many moral, ethical, economic, and medical issues remain unresolved.But what fascinated me most was the grace with which this couple faced the challenges _ before them.Watching them come close to their breaking point, and then, somehow, rise to the occasion again, sustained only by their love for each other and their belief in their baby, was an awe-inspiring experience for me. I reported that story for four months, from the moment of the baby’s birth to that incredible day, four months later,when he left the hospital.

So you see why the leap from journalism to fiction doesn’t seem all that huge.What matters most to me is the human heart that beats at the center of all great stories. When I look back on my writing life, I see that the vehicles may be different—poems, short stories, newspaper articles, novels—but the passengers remain the same. The passengers are always grappling with the darkness and trying to find the light; they are often inchoate and inarticulate but fumbling toward greater human communication; and they are almost always held together by that shaft of grace that we call love.