Ruth P. Watson lives in Atlanta Ga with her family. She divides her time between writing and educating. She’s the author of bestsellers Blackberry Days of Summer, An Elderberry Fall, Cranberry Winter and children’s books: Hard Lessons and Who said a Girl can’t be the President? As a documentary filmmaker, her work has appeared on the Public Broadcast Channel “I’ve Paid My Due Now What?”

Her book, Blackberry Days of Summer has been adapted into a musical stage play, Blackberry Daze, which premiered in Alexandria Virginia’s Metro Stage on Sept. 1, 2016 and was nominated for the prestigious Helen Hayes award. The musical has also traveled to several cities and received a Suzi Bass award nomination. She is the recipient of the Caversham Writer’s Residency, in KwaZulu, South Africa and 1st runner up in the Frank Derby Literary Award. She has written in several genres and enjoys inspiring children and adults through books. She also hosts a Step Up and Pitch It Summit in Atlanta, which educates the community on Atlanta’s growing film and television industry. Ruth Watson is a current appointee on the Fulton County Arts Council and is a member of Delta Sigma Theta Sorority Inc.

Born in Virginia, Watson is currently working on Unladylike, a novel inspired by the life of the indomitable Maggie Lena Walker, (1864-1934) daughter of a laundress and former enslaved woman who became a courageous community leader in Richmond VA, first as an educator and later as the first Black woman to charter and own a bank that offered loans and mortgages to Black entrepreneur.  Walker was a visionary who became one of the country’s foremost female business leaders and an inspiration to women even today. She is widely credited with making her corner of Richmond, VA was one of the most prosperous and vibrant Black communities in America of her time. The new novel is scheduled to come out from Atria Books/Simon & Schuster in early 2013 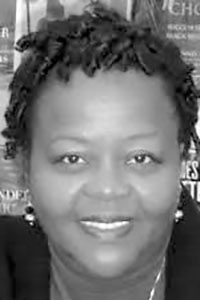