I am Homeira Qaderi, a woman of Afghanistan.

I was born in a country at war. War has killed and maimed millions of my people. It has torn the fabric of our society and perverted our culture. It has enabled the rise of opportunists, warlords, terrorists, thugs, thieves, the Taliban, and ISIS. Everyone has suffered, but girls and women have suffered the most.

At three, the Russians tried to kill me. At four, I nearly died for a piece of bread. When I published my first story at the age of fifteen, the Taliban threatened my life. I have been a refugee, a hidden teacher, an exile, a student, a writer, an author, a professor, and a cabinet-level advisor to the current government.

In the midst of war and exile, I found my voice, the voice of a woman who demanded equality and justice for her sisters. It is a voice and a message that many Afghan men who enjoy power over others, especially over women, want to silence forever. Again and again, I have been threatened with death by a resurgent Taliban and by the small Talibs that still live in the minds of many of my countrymen.

I am a storyteller. My memoir written as a letter to the young son taken from me is not only my own story but is also filled with my grandmother’s tales, the legends Afghan women share to warn each other of life’s cruelties. Each chapter opens a window into the experiences of Afghan girls and women. Each story is a mirror that reflects images across the vast landscape of Afghanistan. I am part of these stories. I have lived each one. They are much bigger than my one small life. The stories I tell about one girl or one woman or one illiterate young man have happened to multitudes. And they are happening still. In many parts of my homeland, and in the minds of many Afghans, the Taliban have never left.

Now, when I walk the sunny beaches of California far away from my motherland, I listen to my heart, and I am no longer afraid to tell my stories to the ocean waves that would take them to every shore around the world.

In the resonance of my voice, I stand for the thousands of Afghan girls and women crying out amidst the flames of fear and fire. 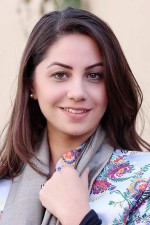