Hester Rumberg is a longtime friend of Judith Sleavin and the godmother of Annie Rose Sleavin. Herself an experienced offshore sailor, she has sailed from Seattle to New Zealand in a 26-foot boat, and then, on a separate voyage, to the other side of the world in a 38-foot boat. Hester spent a month sailing with the Sleavin family on the Melinda Lee, traveling from Mexico to Costa Rica.

When tragedy befell the crew of the Melinda Lee, Hester changed the direction of her life and became passionate about issues surrounding safety at sea. Together with Judith, she established the Sleavin Family Foundation, a non-profit organization dedicated to promoting maritime safety throughout the world. Hester has traveled extensively on behalf of the Foundation, collaborating in programs with both professional mariners and recreational boaters.

HESTER RUMBERG, writer, oral and maxillofacial radiologist and sailor, born in Winnipeg , Manitoba, in 1947, most recently of Seattle, WA, died in her sleep from complications resulting from a long term illness on Sunday, June 26, 2011 in Toronto while visiting her mother, Betty. Hester Rumberg, was one of three children of Betty and the late Joseph Rumberg. Hester was sister and sister-in-law of Susan and Alan Roadburg, of Tornoto, and the late Ross Rumberg. She was the aunt of Marisa and Alan, Joel and Rachel, Alison, and great-aunt of Gavi, Koby, Reuven, Eleni, and Tamar. She will be sadly missed by her family, colleagues, and many friends as well as all of us at the Marly Rusoff Literary Agency.

Hester’s widely praised first book, Ten Degrees of Reckoning, the story of a disaster at sea, was published in 2009 by Amy Einhorn Books/Putnam publishers. 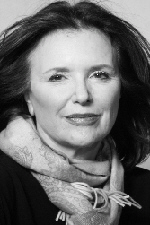