Debra Dean was born and raised in Seattle. The daughter of a builder and a homemaker and artist, she was a bookworm but never imagined becoming a writer. “Growing up, I read Louisa May Alcott and Laura Ingalls Wilder, Jane Austen, the Brontes. Until after I left college, I rarely read anyone who hadn’t been dead for at least fifty years, so I had no model for writing books as something that people still did. I think subconsciously I figured you needed three names or at the very least a British accent.”

At Whitman College, she double-majored in English and Drama and graduated in 1980. “If you can imagine anyone being this naïve, I figured if the acting thing didn’t work out, I’d have the English major to fall back on.” After college, she moved to New York and spent two years at The Neighborhood Playhouse, a professional actor’s training program. She worked in the New York and regional theatre for nearly a decade and met her future husband when they were cast as brother and sister in A.R. Gurney’s play The Dining Room. “If I’d had a more successful career as an actor, I’d probably still be doing it because I loved acting. I understudied in a couple of long-running plays, so I was able to keep my union health insurance, but the business is pretty dreadful. When I started thinking about getting out, I had no idea what else I might do. What I eventually came up with was writing, which in many ways was a comically ill-advised choice because the pitfalls of writing as a career are nearly identical to acting. One key difference, though, is that you don’t have to be hired first before you can write. Another big advantage is that you don’t need to get facelifts or even be presentable: most days, I can wear my ratty old jeans and t-shirts and not bother with the hair and make-up.”

In 1990, she moved back to the northwest and got her MFA at the University of Oregon. She started teaching writing and publishing her short stories in literary journals. “Everyone told me I needed to either get a PhD or write a novel, and logically they were right, but – well, as I’ve mentioned – I have no instinct for doing the smart thing.” The Madonnas of Leningrad, it turns out, was begun as a short story and when she realized that the short form wouldn’t contain the story, she put it back in the drawer for a few years.

“In retrospect, I’m very grateful for my circuitous journey, that I wasn’t some wunderkind. I like to think I have more compassion now and a perspective that I didn’t have when I was younger.”

Debra Dean’s best selling debut novel, The Madonnas of Leningrad (Wm. Morrow, 2006), was a New York Times Editors’ Choice, a Borders Original Voice, #1 Booksense Pick, Booklist Top Ten Novel, and an American Library Association Notable Book of the Year. It has been published in seventeen languages. Her collection of short stories, Confessions of a Falling Woman (Harper Perennial, 2008), came out to critical acclaim, winning the Paterson Fiction Prize and a Florida Book Award.

A native of Seattle, Dean worked as an actor in the New York theatre for nearly a decade before opting for the life of a writer. She is currently living in Miami, teaching in the Creative Writing Program at Florida International University, and working on a second novel. 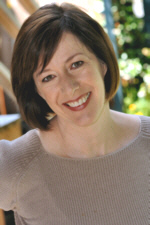 If you’d like signed books by Debra Dean please contact the bookstore in her area that handles these requests: Books and Books