Alice Kaplan, Sterling Professor of French and Chair of the French Department at Yale, is the author of seven books. She has been acclaimed by readers, scholars, and critics for her innovative use of archival sources to uncover the histories of literature; her ingenious reframing of the complex lives of figures such as Robert Brasiliach, Albert Camus, Céline, Angela Davis, Jacqueline Kennedy Onassis, and others; and her fearless engagement with fascism’s intellectual history. Her award-winning body of work includes the memoir French Lessons (Nominee, National Book Critics Circle Award, 1993); histories of French fascism and literature such as The Collaborator (Finalist, National Book Award and the National Book Critics Circle Award and winner, Los Angeles Times Book Prize for History, 2000); and, most recently, an examination of the life and work of Albert Camus, Looking for the Stranger (New York Times Notable Book and finalist, National Book Critics Circle Award and Prix Medicis Essai, 2016).

Kaplan is a Guggenheim Fellow, a member of the American Academy of Arts and Sciences, a recipient of the French Légion d’Honneur. She also is a trustee of the Camargo Foundation in Cassis, France, and a founding member of the MaisonDAR collective in Algiers. She will be the director of the Whitney Humanities Center at Yale as of July 2020.

THE INTERPRETER
2005 – Winner of the Henry Adams Prize, from the Society for History in the Federal Government

LOOKING FOR THE STRANGER: Albert Camus and the Life of a Literary Classic
2016 – A New York Times notable book of 2016 and a finalist for the National Book Critics Circle Award. 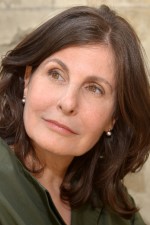